Background: A restoration fund was developed to mitigate impacts (~ 3.6 acres) to eelgrass related to the San Francisco-Oakland Bay Bridge East Span Seismic Safety Project (SFOBB Project). A restoration goal of 10.8 acres was initially established and later updated to reflect the actualized impact which was less than the 3.6 acre estimate [1]. This restoration was tracked in conjunction with the Cosco Busan Damage Assessment and Restoration Plan, or DARP eelgrass restoration that was mitigation for the release of 53,000 gallons of fuel oil into the Bay.

Practitioners took an adaptive approach to planning and implementing the SFOBB restoration. First, potential restoration sites were identified using the Baywide Ecological Limits Viability and Sustainability Model, or ELVS [2], and a subset (n=3) of the sites were chosen for their historical restoration successes, and land-owner willingness to allow for restoration in the area [3]. Second, test plots were used at each of the proposed sites using multiple techniques (Kiriakopolos Bamboo-Stake Method, hereafter ‘bamboo-stake method’ and Merkel’s Paper Stick Method, hereafter ‘paper-stick method’) using donor material from a single meadow to test the efficacy of both site and technique. At a subset of test plots, buoy-deployed seeding or BuDs were also used. If, after 1-year test plots persisted and/or expanded, restoration was scaled up to ½ acre plots, and if test plots showed patterns of attrition additional test plots were installed—an adaptive measure to ensure that increased investment was not going into sites that were failing for known or unknown reasons.

The primary transplant method was the paper-stick, with bands of transplants of donor plants sourced from the three natural beds or mixed (Point San Pablo/Point Pinole, Point Molate, and Richardson Bay). On the end rows of each ½ acre, the bamboo-stake method was used sourcing transplant material from the Point Molate bed. Each row was separated by a gap for the deployment of BuDs to improve genetic diversity or allow for lateral expansion of transplants in the absence of BuDs [1]. Low expected success or bioturbation from burrowing bay ghost shrimp and foraging bat rays precluded two sites as possible candidates for BuDs. Over the course of three transplanting years (June 2014, May 2015, June 2016, July 2018, and 2019), practitioners planted 18 half-acre plots and 36 test plots. Success was measured as meeting mitigation criteria through increasing the overall cover, extent, and distribution of eelgrass at each site. 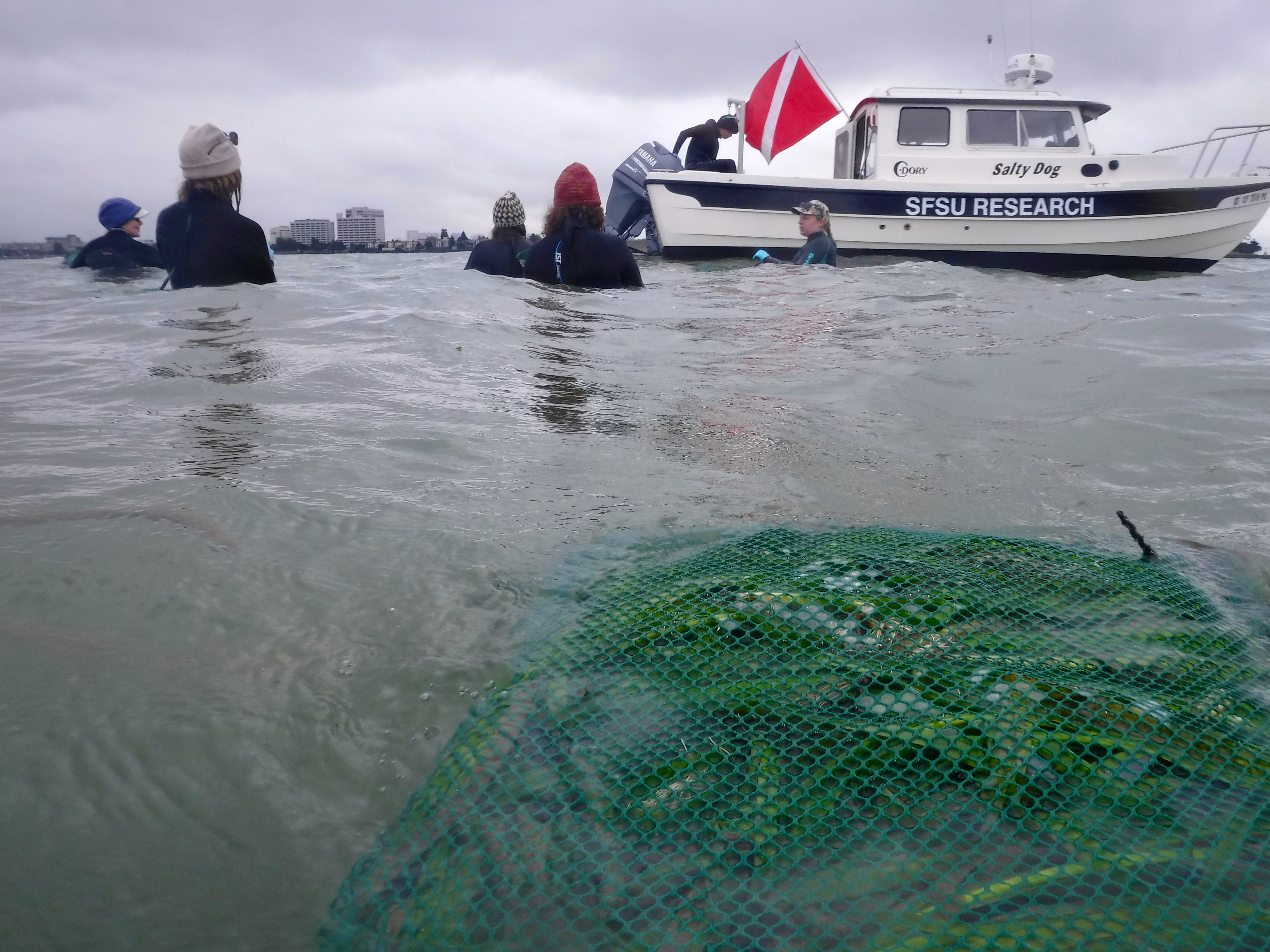 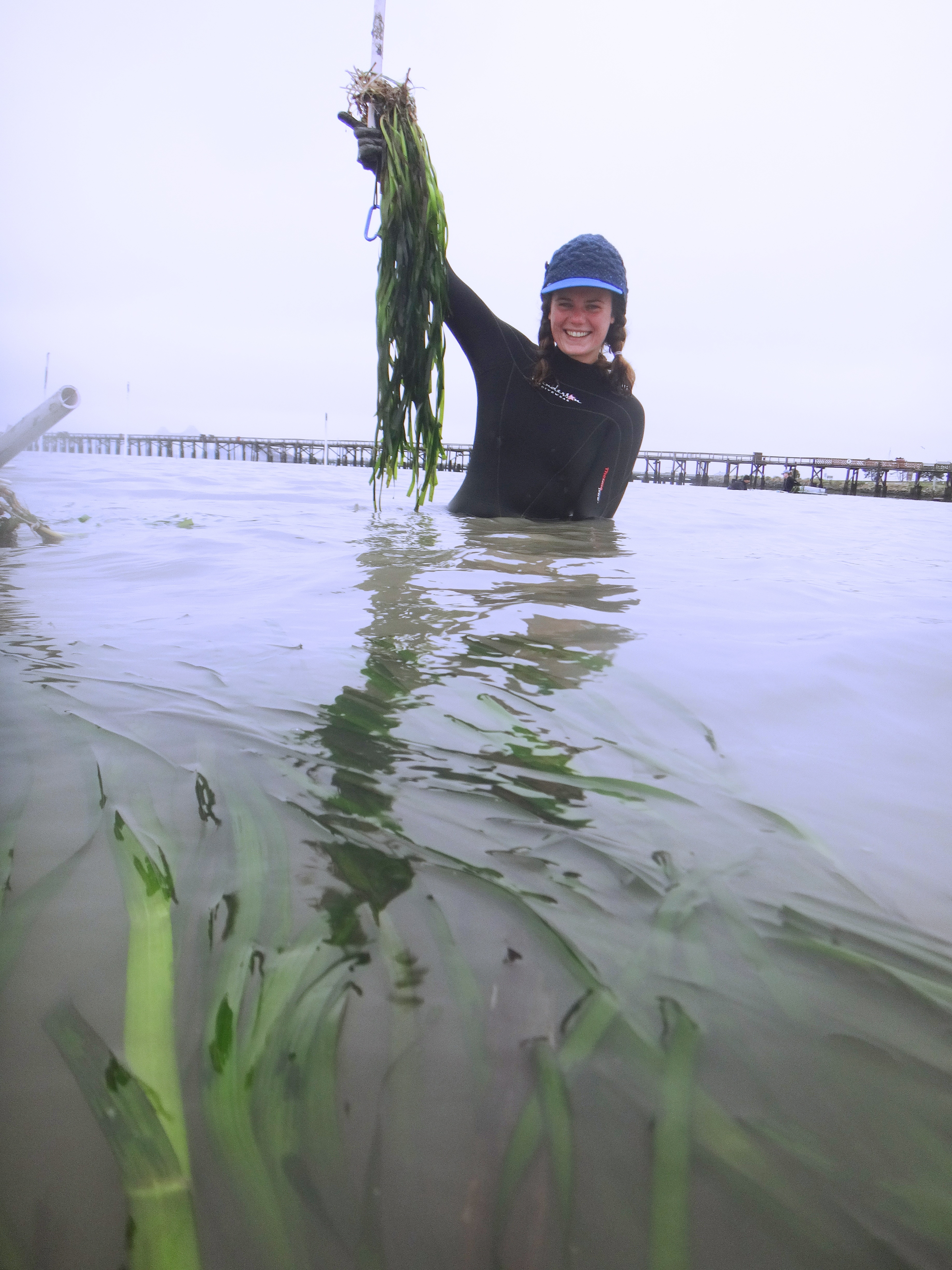 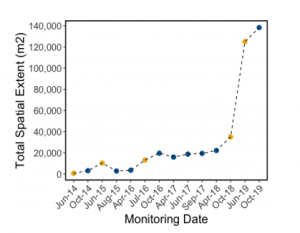