The America’s Conservation Enhancement Act, was enacted into law on October 30th, 2020, and reauthorizes the North American Wetlands Conservation Act (NAWCA) and codifies the National Fish Habitat Partnership (NFHP), which represent two of the most successful voluntary conservation efforts in the United States.

The NFHP is comprised of 20 individual Fish Habitat Partnerships, each focusing on improving fish habitat and aquatic communities at regional and local levels. The NFHP has supported over 1,000 projects supporting fish habitat in all 50 states since 2006. Annually, the U.S. Fish and Wildlife Service provides funding and technical assistance to the partnerships to implement aquatic conservation projects nationwide and is also supported by many federal, state, and local agencies as well as regional and national conservation organizations.

With the signing of the bill into law, the National Fish Habitat Partnership is authorized for the next five fiscal years (2021-2025) at $7.2 million annually. The National Fish Habitat Board will report to Congress, particularly the Committee on Commerce, Science, and Transportation and the Committee on Environment and Public Works of the Senate, and the Committee on Natural Resources of the House of Representatives.  The law will also expand the NFHPB to 26 members to include representatives from private landowners, agricultural production, representative involved in fish habitat restoration, corporate industries, and a member of an active FHP.

Technical and Scientific Assistance funds are authorized to be appropriated for up to $400,000 annually to each of the following agencies: National Oceanic and Atmospheric Administration (NOAA), Environmental Protection Agency (EPA), U.S. Fish and Wildlife Service, U.S. Forest Service, and U.S. Geological Survey in support of the National Fish Habitat Partnership. Within one year of enactment, the agencies receiving Technical and Scientific Assistance funds, led by the Department of the Interior, will develop an interagency operational plan outlining the implementation needs and interagency agreements. 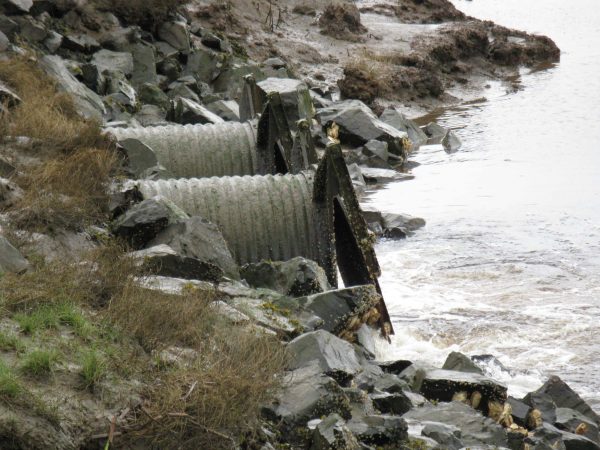 Barriers to tidal connectivity are of major concern to the three Fish Habitat Partnerships (FHPs) that work to improve, restore and conserve fish habitats along the US West Coast. The negative impacts of these barriers include (but are not limited to) impeding fish passage,  sediment processes interference,  water quality degradation, and alterations of the array of fish habitats within estuaries. The Pacific Marine and Estuarine Fish Habitat Partnership (PMEP), the California Fish Passage Forum (CFPF), and the Pacific Lamprey Conservation Initiative (PLCI) are collaborating on a project to identify science and data gaps associated with barriers along the coast, and to identify actions they can take individually and collaboratively to drive lasting solutions to the negative impacts of these barriers on fish and fish habitats.

With generous funding from the Association of Fish and Wildlife Agencies, the collaborating FHPs recently held a Barriers to Tidal Connectivity Symposium. The one-day symposium brought together experts in the field to explore:

More than 300 people attended the Symposium.

You can find more information about the Symposium, including the agenda, recorded presentations and the list of speakers HERE.